In a continuation of international accolades, University Distinguished Professor of Computer Science and Engineering Anil Jain of Michigan State University has been elected a Foreign Member of the Chinese Academy of Sciences (CAS). He was selected for his scientific achievements and contributions to promoting the development of science and technology in China. 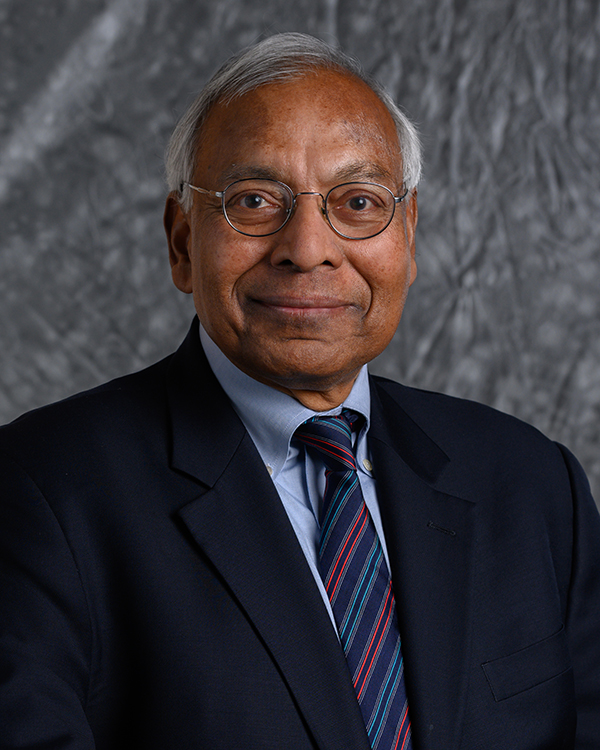 Election to the academy is one of the highest honors that China bestows on a citizen of a foreign country. Jain will be honored during the CAS 20th General Assembly in Beijing in June 2020. Elections to CAS are held every other year. In 2019, 66 new members and 20 foreign members were elected, bringing the total membership to 833 members (academicians) and 108 foreign members.

Jain is world renowned for his research in biometric recognition, pattern recognition and computer vision, in particular fingerprint and face matching technology.

MSU Senior Vice President for Research and Innovation Stephen Hsu called CAS a truly prestigious organization, noting that “The Chinese Academy of Sciences includes outstanding academics and provides an important and valued source of collaboration for a number of MSU faculty research groups.”

Tieniu Tan, director of the Center for Research on Intelligent Perception and Computing in Beijing, China, explained, “The biennial election of the academy is highly competitive and selective,” Tan said. “Only a very small number (usually not more than 70) of some of the most outstanding scientists get elected.”

Tan is considered one of the most distinguished biometrics researchers in the world. In his congratulatory note to Jain, he said, “Your election as a foreign member of the academy is a belated recognition of your pioneering and fundamental contributions to pattern recognition in general and biometrics in particular as well as of your long-lasting, tireless collaboration with and support to the pattern recognition community in China.”

Jain was one of 17 inaugural appointments to the U.S. Forensic Science Standards Board, an organization dedicated to identifying and fostering standards and guidelines for the nation’s forensic science community.

He is a recipient of the Guggenheim Fellowship, Humboldt Research Award, a Fulbright Scholarship, the IAPR King-Sun Fu Prize, and the IEEE W. Wallace McDowell Award. For advancing pattern recognition, Jain was awarded Doctor Honoris Causa by Universidad Autónoma de Madrid in 2018.

He has previously served as a member of the Defense Science Board and the National Academies panels on Biometrics and Improvised Explosive Devices. He currently serves on the Board of Trustees of the Mohamed bin Zayed University of Artificial Intelligence in Abu Dhabi, United Arab Emirates.

Jain joined MSU in 1974 and was named a University Distinguished Professor in 1992.